NAKED LEADERSHIP – ARE YOU BRAVE ENOUGH? 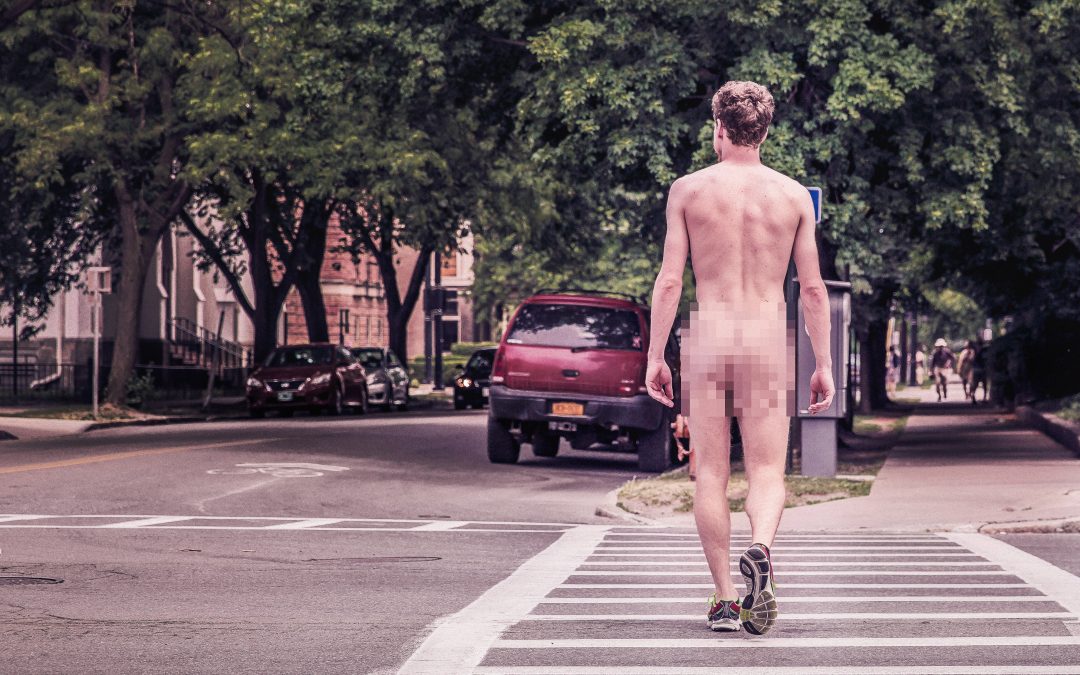 I cannot believe that this guy 👆 is not even wearing trainer socks. I mean, what’s the world come to. Going out into the public, wearing trainers and NO socks. 🤦

Many years ago when I was a fit young thing with the body of a Greek God (in the land of my imagination) I auditioned for the musical, Hair. If you’re a sixties dude that knows this era, you will be familiar with the famous song Aquarius and the scene where the entire cast strip off, butt naked. It’s what they did in ‘those days’, apparently. And didn’t give it a second thought. Or they were so drugged, they didn’t really have any thoughts. Anyway, I rocked up to the second or third audition (I’ve blanked it as I’m still so traumatised) and was asked to strip off. What?! For real? I was told I’d have to do it 8 times a week so might as well do it now. Why?! Did they need to audition my nether regions as well as my signing?! I duly did what I was asked as, when you’re a young and impressionable actor, you generally do what you are told. I didn’t get the gig. I still don’t know why….

It was exposing. Cold. I felt bare. Every wrinkle, line, bump, mole, oddity and the wonder of who I was, was being opened up. People could gawp, snigger, judge…whatever they liked. It felt nothing less than bloody humiliating.

And….at the time, a part of me had this weird experience of being unleashed. A sense of freedom. An unconscious burden had been lifted and, temporarily, I felt lighter. The barriers that existed between me and my fellow auditionees and the panel had been removed. It was as if we could move forward, together, differently. Once we’d put our clothes back on and moved into the next part of the group audition, it felt effortless. We’d jumped over this hurdle and were free to run. There was less to hide and bury.

More than ever, the world is begging us for brave leadership. Bravery to take the reigns and steer us on a new trajectory. A leadership style that encourages us and gives permission to strip back. To bear our wears. To expose more of our truth: the light and the dark. For a long time, organisational systems have talked the right story about people being open and speaking up and yet the reality is, they prefer it if people bury that which is too dark or difficult. Tuck it away. Pretend it didn’t happen. Sssshhhhh. We don’t need to talk about that. Carry on. Business as Usual.

I suppose that in the moment, this can perhaps feel easier. If we bypass the pain and difficulty, hide it in the basement and just crack on, there is no need to wade through this pool of discomfort. What happens if we keep doing this? If this is normalised, what’s the cost? How does this affect the cultural story? The cultural truth telling? I’ll tell you, it harms it. It hurts it. It hurts the people. It wounds and ruptures the tapestry of the organisation. It fills up the basement. It clutters it with boxes of pain and truth. And when we run out of space down there, we start cramming that pain into cupboards on the ground floor. We find store rooms where we can hide it. And when we enter this phase, people do see it and do feel it more frequently. It’s suddenly no longer hidden from sight and it starts to creep in and grab hold of the energy. It’s still not talked about. It remains excluded. But it’s there. All the time, it’s there.

Don’t get me wrong, this isn’t a new thing. It’s been happening in organisational systems for years. And it exists in most family systems too. There are things that remain hidden. “Don’t mention Uncle George and his dodgy business, we don’t talk about it in this family” – “That woman he married too, she did some terrible things but we mustn’t mention it – it stays in the past”. And there’s the problem – whilst it may have happened in the past, it is still firmly in the system and the very much present, today. The residue remains. Because we don’t acknowledge it, doesn’t mean it isn’t there. It means we bury it and hope that we have enough other stuff going on to distract us from it.

In recent weeks, I’ve had a few conversations with clients and potential clients, all from organisations that have significant wounding and trauma. They see the wounding and they see the effects of it on their business, their people and their customers. They see it reflected in their numbers too (we use a very nifty way to help them look at the financial cost of entropy and trauma) And despite all of this, they resist the need, the calling, to go to the basement and start opening up the boxes. Intellectually they understand the need to talk about Uncle George or the ex CEO who led with aggression and brutality or the merger that was managed without care, yet they are fearful. Fearful that opening it up will be too much. Scared that they will not be able to deliver BAU with the wounding brought out into the open. There’s a hint of “we’ve coped for long enough and we will cope some more”. So, rather that face towards the longer term solution, they turn away and go with a halfway house. A way of soothing what is on the surface, with the idea that perhaps, someday, they will find the moment to visit the basement.

Now is that moment! It’s arrived. C-19 has presented us with enough of a Jolt to start the journey of unravelling. But who will lead us through this? What leaders are out there that are brave enough to carry the burden of this monumental transition and emergence? Those that are prepared to strip off, reveal themselves and be the torchbearer that will shine light into the basement, bringing the compassion and acknowledgement to what has happened before us. We must not allow this moment to pass where we can heal old wounds and build a different path forward. I’m remain hopeful that there are enough leaders out there who are willing to step up and be seen. If you’re there, please reveal yourself!

As the lyrics from Aquarius remind us:

No more falsehoods or derisions

And the mind’s true liberation

…This is indeed, the dawning of Aquarius….