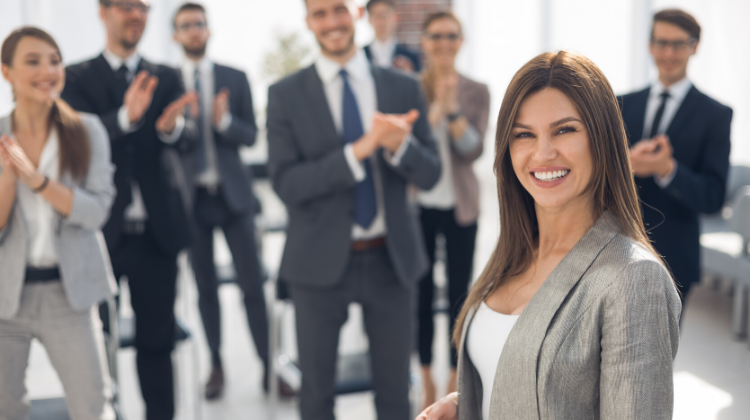 Amazing how much we all use that descriptor though as a catch-all for how we are feeling. ‘Yeah, I’m FINE….all good….busy, but that’s normal….how are you?!’ When for many of us, the reality underneath is very different. On the surface, you may power through and present this gleaming image of calm, grace and effortlessness to the world, yet behind the scenes, you are engaged in some 24/7 battle of wills. With yourself.

An estimated 280 million people across the globe suffer from some form of anxiety. They’re just the ones who are diagnosed and does not include those who have mastered hiding it. It is estimated to cost businesses and the UK economy £71 billion per year. An average of 91 million workdays are lost in the UK, annually. Whilst we continue to battle the stigma of mental health conditions and especially in the workplace, there is one type of Anxiety that is often celebrated, rarely talked about viewed as a badge of success: High Functioning Anxiety.

Since starting to talk about this with clients over the years and more recently in my Facebook tribe, I am astonished to hear just how many people say, ‘Ah yes, that’s ME. That’s how I live my life. I didn’t know it was a thing!’ Actually, maybe I’m not surprised. I have spotted it and named it with my clients for years now. In most cases it is brushed under the carpet and labelled as It’s just how we get stuff done around here! Well, perhaps that way of getting stuff done costs you dearly; sickness, lack of productivity, an unhealthy culture and a financially leaky bucket of an organisation.

Let me explain. High Functioning Anxiety (HFA) is not classed as a diagnosable condition according to DSM-5. It generally flys just below the radar of ticking all the boxes for full-blown anxiety. That said, if most people have normalised it, they won’t be seeking a diagnosis anyway. Unless of course they end up at the GP’s with cardiovascular illness, IBS, depression or a stroke. No, I’m not using shock tactics. I’m just telling you what science shows us happens when anxiety is left to fester. People who do HFA (I resist saying have as the label is unhelpful), generally function quite well in at least one part of their life. HFA propels you forward as opposed to fully matured anxiety that can keep you locked in a bunker of fear. On the surface, you may appear calm, in control, at ease, inflow, competent, successful and balanced. You might arrive early to work and with neatly coiffed hair. You meet your deadlines, you are highly organised and are eager to help and support others. You have energy in abundance – or at least, that’s what you present to the world. Not a soul would bat an eyelid that anything is wrong. Most of them think it’s cute and admirable that you are so dedicated. If only they could be more like you and have your success. In fact, some people will emanate you as they want to have the life that you have! Anxiety goes viral. Remember that.

You see, HFA is a double-edged sword. It drives you to be successful and yet keeps you entangled in its grip. It is often extremely hard for someone to let go, even just a little bit. As I eluded to earlier, HFA can have dire consequences, not only to your mental health (depression is the next part of the journey) but to your physical health also. I work with a host of leadership teams in global organisations. Many of them armour up each day, fight the good fight and then crash and burn. Whilst intellectually they may comprehend the high-risk stakes they are playing each day, it is often only when the universe kicks their arse and pulls the plug, do they wake up to the life they were living.

Let me be clear, you can be hugely successful in life and not play the inner anxiety game. I know those who do it. We will all experience bouts of anxiety. It’s normal and useful. And it only works if we are controlling it. Choosing. Living consciously and with awareness. Anxiety is highly treatable. The efficacy of therapeutic interventions, education and a strong support network means that you can make alternative choices. The World Health Organisation suggested that for every £1 spent educating people in organisations, the ROI is £10.

What’s the first step? OWN it. Admit that your inner world and your outer world are not in sync right now. Tell someone. As soon as you put it out there, you make it real. You make it a thing. Things can be sorted. The alternative is that it remains the silent Assassin. If you are leading teams and organisations, get support. Start scratching beneath the surface of your own culture. It’s your responsibility. It rests with you to make the invisible, visible.

And in the meantime, when people tell you that they are FINE….well, they’re probably not.