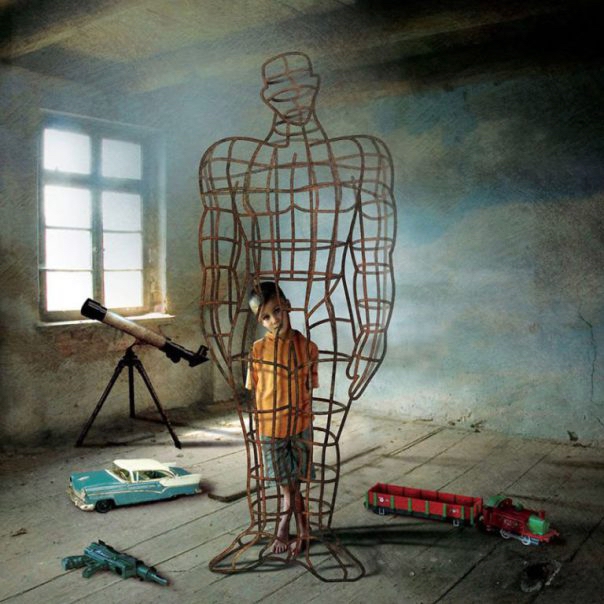 As a 14 year old adolescent, I never quite understood where I fitted in. Yeah, I’d play dead arm games (and would often be crowned the winner) as it was my way of showing how tough I could be. I learnt that the manliness badge was bestowed on those who could muster up copious amounts of testosterone that fuelled them to play tough, play football and be the playboy amongst the girls. Hmmm, I was playing tap dancing on a Friday evening and singing songs around my bedroom with a cane and a top hat on but was never quite sure if that really counts. I wasn’t comfortable in my skin to play tough, interested in playing football and was way too shy for the playboy role. So, where did this leave me? Stuck. Firmly stuck somewhere in the middle between macho alpha man-boy and the tap dancing Nancy boy. Justifying to my parents and people at school that I wasn’t gay whilst battling my repulsion at the idea of the ultra-male alternative. I was occupying some weird liminal space. An empty void that was leading, well, who knows where it was leading. The best I could do was dead arm games and showering myself in the Brut Christmas gift set that my Auntie bought me.

Wind the clock on 34 years and here I am. In some ways, still figuring out where I fit, just with a little more insight and connection to my 14 year old self. Slowly, very slowly, I am forming a relationship with the Lost Boy. I didn’t really get to know him. In fact, I think I buried him away. Hid him away behinds masks is perhaps a better phrase. I was ashamed. Ashamed that he wasn’t manly enough whilst, at the same time, holding the shame that he was a little bit girly. A tad soft. Afterall, he had feelings but who the hell wanted to see those. I didn’t have a place that they were safe enough to be expressed until I found drama, music and performance. I was catapulted into a world that encouraged me to feel and to express myself. A seductive stage that challenged you to bring all of yourself along. I would spend hours and days immersed in my theatre bubble and the 14 year old me could, at last, play like crazy, with no judgment. I was liberated. Well, until I had to venture out into the world once more. Then I’d slap on my Brut (occasionally Denim), mask up, play dead arm games, laugh with the boys when they would verbally annihilate the girls in our class and pretend I could flirt with being a real man. I still have no fucking idea what that means.

Look, it’s not as if I had an especially masculine energy dominated childhood. Yes, I had 2 older brothers and a father who had a limited capacity to express his emotion and feelings. He tragically lost his own father when he was around 7/8 and was packed off to boarding school. The most patriarchal system on the planet. Except for governments. Oh, and business. It’s not like I was made to wear ‘I’m A Tough Guy’ baby grows, play with guns and fire my bow and arrow at the neighbour’s cat. Not that I remember anyway. The familial system lacked a mature masculine energy and struggled to express a mature feminine energy either, hence I played somewhere in the middle. I was coded this way. It was all that my family knew. Boys don’t cry. Boys don’t wear pink. Boys will be boys. Boys absolutely don’t dance. I learnt that boys work hard, earn money, pay the bills and the girls follow them around and clear up the mess they make. bell hooks writes in her fabulous book, The Will to Change: Men, Masculinity and Love, ‘The first act of violence that patriarchy demands of males is not violence toward women. Instead patriarchy demands of all males that they engage in acts of psychic self-mutilation, that they kill off the emotional parts of themselves. If an individual is not successful in emotionally crippling himself, he can count on patriarchal men to enact rituals of power that will assault his self-esteem.’ My dad grew up in a patriarchal system and became estranged from his own lost boy at a painfully young age. When he then became a parent himself, what on earth was he to do? He passed on what he could and I am grateful for that. When I hit teen years, I simply did not know how to transition through my rites of passage. Within most indigenous tribes, rites of passage are a given. Great emphasis and importance is placed on that transition from boy to man. In most of our western cultures, it is nowhere to be seen.

Many of you know that I am in weekly therapy. Not only is it a requirement for my psychotherapy training, it is a sacred space for me to piece some of the puzzle together. A large part of my work there is around how can I best be a man amongst men and start to rekindle the relationship with the lost boy. Some of you may be asking, why? Well, I owe it to the teenager who is still flailing around, wanting so desperately to understand his role. The 48 year old me kinda gets it. The 14 year old, less so. I also want to offer the best blend of mature masculine and feminine to my daughter. I want her to have a version of masculinity that she respects and knows that, in return, she will also be respected. And then I have my clients, some of whom will be reading this. I work with a large number of men in male dominated systems that are founded in patriarchy. I see bravado, chest thumping and willy waving as a fairly normal expression of power and influence. I see the men in suits. And there, sat next to them, I see the boy in shorts and a t-shirt. The lost boy. The boy who longs to be found. Who longs for guidance. I see the yearning for someone to honour his right to be fragile and vulnerable. We can hope that it can somehow come from the outer world but hope isn’t enough. That guidance will, for the most part, come from the good enough, inner parent.

If you’d have asked me a good few years ago if I’m happier with a group of blokes, supping pints and talking about the ‘tits on her’ or being with a group of girls on a shopping trip and helping them decide which colour lipstick suits them best, it would be the latter. Whilst I will leave the pints thanks very much and the male banter (I’ll be calling that out just in case you think it’s OK!), I am learning to find my place. So much so that I recognise the strong pull to work with men and their lost boys. Even in my lifetime, we can never heal the wounded souls of men. We can start though. Small changes will shift a great deal. Of course, this is not an individual issue – it is a systemic crisis that has gone on too long. Dismantling the antiquated systems will take time, energy and love. As we do that, we can start to heal and soothe the individual man. We can start to unravel a new model for what it means to be a man. And, we can start educating boys and girls from a much earlier age that we don’t need to create division between Pink & Blue and Guns & Glitter.

You may be a man reading this. You may be a wife, a daughter, a mother, a colleague, a sister. We will all know men who have honed the art of both manning up and masking up. Spare a thought that behind each mask, the little boy still exists. Waiting. Waiting to be found.